Dental Amalgam Fillings - Are They Harmless? 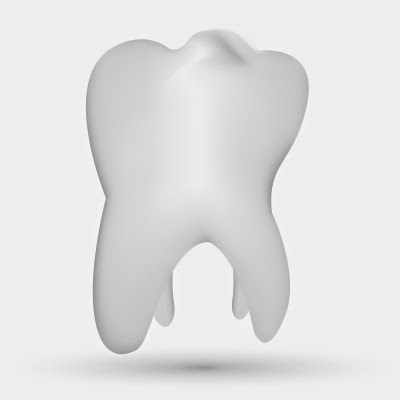 The time has come for me to sit down and do some research on the topic of dental amalgams because I'm horrified everyime I come across a person (medical professionals included) who tells me that dental amalgams are harmless.  This has happened a few times lately.  I thought, perhaps naively, that it was now common knowledge that mercury, a known neurotoxin, is anything but harmless!  Searching through several databases of scientific journals, there are plenty of articles which state that amalgam fillings are not detrimental to health.  There are also many which state the opposite.  I discuss some of these below.

If urinary levels of mercury are measured in participants who have amalgams and it is concluded that the measured levels are lower than what would pose health risks - does that mean that amalgams are harmless?  How are these minimum levels even determined?  In any case, these numbers do not take into account the fact that every individual's body distributes, metabolises and excretes different chemicals at different rates.  Some articles argue that there isn't even a clearly established safe level of exposure (Zwicker et al 2014).  What about the concentration of mercury in people's organs?  How do people know if certain health problems they have (which may seem unrelated) are not connected to their body trying to detoxify these heavy metals which do not belong anywhere near, let alone inside their body?   There are so many questions and when medical professionals blatantly disregard the logic (and also science) relating to issues such as this, it is completely negligent and I don't believe that they are acting in the best interests of their patients.  Many patients who would not even consider questioning what they are told by a medical professional.

According to Zwicker et al (2014), the World Health Organisation (WHO) states that "mercury may have no threshold below which some adverse effects do not occur."  In addition, the Scientific Committee on Emerging and Newly Identified Health Risks (SCENIHR) from the European Commission concluded that amalgams are safe, but failed to cite results from autopsy studies which are believed to be the most reliable for measuring mercury levels in body tissue (Mutter 2011).

Amalgam fillings consist of approximately 50% elemental mercury along with other metals making up the remainder of the filling.  According to Mutter et al (2005), the half-life of mercury can range anywhere from 1 to 18 years and that mercury also has a greater affinity to our organs than other heavy metals.  Once the filling has been placed, it continues to release mercury vapour and the metal subsequently accumulates in bodily organs including the brain, kidneys and is thought to contribute to various auto-immune diseases, increasing oxidative stress and neuropsychological impairment among other health problems.

Mutter et al (2005) furthermore states that when the mercury vapour is released from the fillings and absorbed by our nasal and oral mucous membranes and also by our lungs, it then enters our circulation.  The mercury is then oxidised and promptly transported to our organs and also crosses the blood-brain barrier (BBB) and affects the central nervous system.  In addition, studies have shown that mercury from dental amalgam is transformed to organic mercury by microflora in the gastrointestinal tract (Mutter 2011).  It has also been shown that mercury from amalgam fillings contributes more greatly to the concentration of the metal in human bodies than through high consumption of fish.

One of the scariest things to me is that mercury enters breastmilk and the number of amalgam fillings in the mother directly correlates to an increased concentration of mercury in the infant.  I would be very surprised if these so-called "safe" levels of mercury take this into account.  According to Mutter et al (2005), several studies have shown that blood and urine concentrations of mercury do not adequately reflect concentrations of mercury in the organs.  Furthermore, the reference levels often used to analyse urine and blood mercury levels are indicative more of acute and short term exposure to mercury (such as occupational exposure) and therefore not particularly useful for assessing long term exposure such as that from dental amalgams (Zwicker et al 2014).

Amalgams continue to be widely used due to the fact that they are less costly than other alternatives, and they are also durable (Zwicker et al 2014).  Nowadays however there are several alternatives available to amalgams so generally safer and less toxic options should be used whenever possible to replace dental amalgams.